Zoos are the first medium of human interaction with wild animals. Kids love visiting the zoo to watch their favourite animal’s right out of their story books. While Animals Rights activists and organisations like PETA (People for Ethical Treatment of Animals), have raised concerns about the mistreatment of animals and negligent caretakers in the zoos. According to them the animal shelters in the zoos are a miniature form of their actual homes; the zoo is not a perfect substitute for their natural habitat. 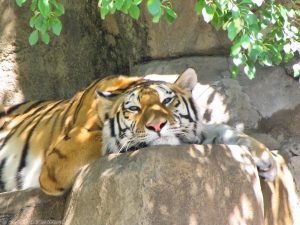 Besides, many unnatural animal deaths have been reported in the zoos as animals fail to adapt to the new environment. According to Cooper, Peter (2015) in a survey conducted by PETA many penguins in the zoos are on antidepressants; their unhappiness is a reason behind it. The most shocking news is the illegal selling of animals by the zoo authorities to Circuses. The Sea animals in the Zoo aquariums have shown signs of stereotypic (neurotic) behaviour. On the other side threes are stories of Veterinarians who have gone out of their way to care for the zoo animals. According to the Wild Life Conservation Society, New York.(2015) the WCS Zoos have a dedicated team of health specialists who are working to improve animal care and find innovative ways to conduct animal surgeries. The zookeepers have also arranged for a romantic music tape for save the endangered Waldrapp ibises.

Medical detectives at the Zoo are always on the lookout for any parasites or bacteria that can harm the animals. They also analyse the relationship between animals and the environment to make their shelters at the zoo safe. In fact some zoos’ have helped in saving the declining number of endangered species like the Asian Tigers and the elephants. With proper health checkups and food; lives of many animals have been saved.

Keeping animals in Zoos is a debateable topic; animal activists certainly do not support the idea of keeping animals in the zoo. But it is not right to ignore the selfless services of doctors and zoo keepers who have saved many animals.