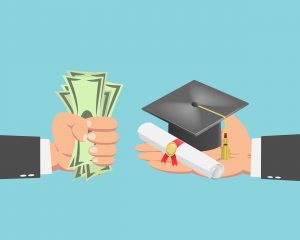 Most scholars dynamic relationship between economic development and education advocates for theory of linear model. The theory shows that there is a direct relationship between education and the general development. Capitalist argue that the most effective way to national growth and development is the improvement of the level of literacy in a counties population. Modernization theory also advocates for education being the path of acquisition of modern values and attitudes, to them there is a one to one relationship between social-economic and the form of education offered in a country. In their view education is the best approach to use to suppress attitudes, values and beliefs that hinder modernization process. (American Association of State Colleges and Universities 1986).

Educational economists such as Hoffman and welch explained the importance of formal education as a positive production investment. They advocate for investment in human capital that will provide the necessary labor force for growth and industrial development. They consider educational program explicitly as an investment that results to efficient present and future societal development. According to them, allocating resources to educational activities is the best choice compared to other alternative activities.